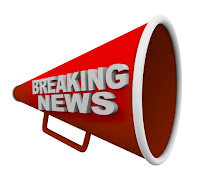 Friday 24/6/2016 - 3:00pm.
As late as this morning commentators were predicting that Britain would stay in the European Union but it would seem they have got it all wrong with a clear indication in late counting that they will exit. How will that impact?

In Great Britain, even leaders of the exit case are expressing surprise at the result, claiming it as a victory for “common decent people.”

Just as predictions on the result were wrong, it would be foolish to predict what the impact on economies will be but the £stg has lost nearly 9% in value and the Australian share market is down a monstrous 3.5% at the time of writing (3:00pm Friday 24/6). The retail sector of the ASX was down 2.9% at the same time. Certainly there is significant uncertainty on financial markets. Hopefully those early signs of panic will dissipate.