Munro Concept – Good Or Bad For Our Market

There is nothing like a few concept drawings to give you a feel for a new project and now that plans for the Munro site have been revealed we can make a better assessment of its likely impact. 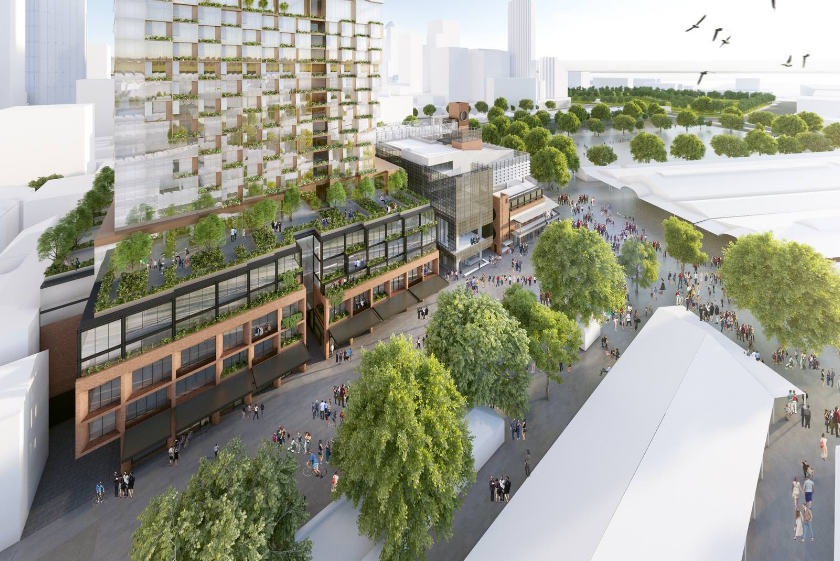 The Munro site has been the subject of intense discussion since it was purchased by the City of Melbourne and linked with the development of the Queen Vic Market. There have been various planning meetings and some fairly strident opposition from those claiming that a high rise development on the site will impact unreasonably on a traditional retail market.

The spread of our CBD is inevitable. How a traditional retail market fits in with the changes around it is the challenge in front of everyone associated with QVM. While many city markets around the world have disappeared or changed substantially, the decision has been made to keep QVM pretty much in its current form. That is a great start.

So how will change impact on QVM? At the level of a major nearby development it is difficult to know. At a micro level we have seen the introduction of things like ATM machines in the middle of aisles. The clash of old and new has worked brilliantly, allowing customers to enjoy modern banking conveniences without losing the charm and romance of a market.

Is a high-rise on Munro’s going to damage the Queen Vic Market? If the level of development can range between doing nothing and blanketing the entire site with monolith high rises this design seems to choose middle ground. There is one core structure, the setback is substantial, and the Queen St end of the site stays comparatively low level. 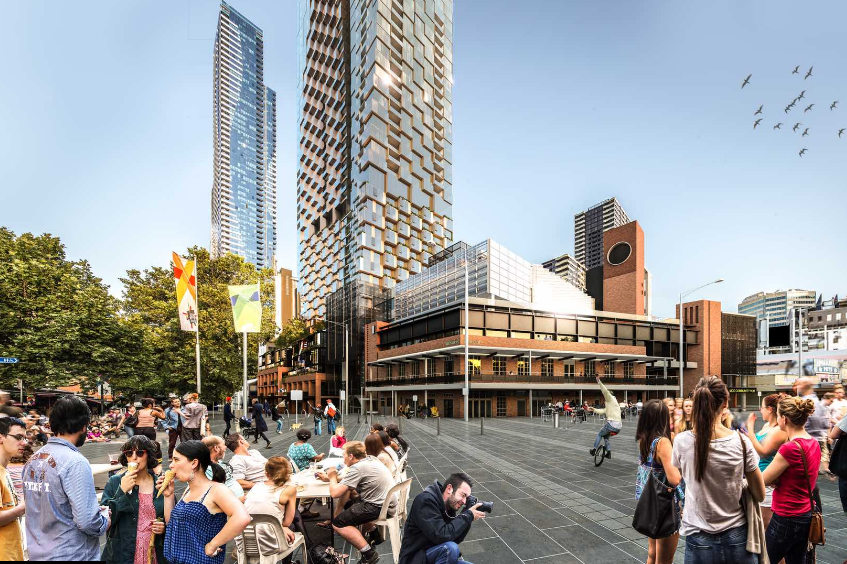 What about the height? Should the high-rise be the standard 100 metres for this area, or should it be the asked for 196 metres? Presumably the extra height adds to the profitability of the whole project but does it matter otherwise? Victoria’s Planning Minister, Richard Wynne, has expressed some reservations about the height of the tower while Lord Mayor, Robert Doyle, has pointed out that the height of the proposed tower was less important than its bulk, claiming a 100-metre tall structure across the length of the site would be much more intrusive.

Mr Wynne recently approved the 322 metre Crown Casino hotel development on Southbank so height certainly doesn’t seem to be an issue elsewhere in the city.

In a sense the Munro development brings market surroundings up to the class of the market itself. The market is a wonderfully preserved piece of 19th/20th century building design and deserves quality surroundings.
Key features of the Munro development include:
·         market customer car parking
·         new open space and laneways
·         a 120-place childcare facility
·         maternal, child health and family services centre
·         56 affordable housing units
·         a community centre, kitchen, artist spaces and city room gallery
·         a hotel and residential apartments
·         retail in keeping with the market precinct.

A key component is the underground market car park that allows the current asphalt car park to be converted to public space. Few traders are likely to complain about a 300 room hotel, residential apartments, and 56 housing units providing a ready source of customers on their doorstep.

The Munro project is now at the approval stage. We can expect plenty of politicking and plenty of debate before a final conclusion is reached although that should happen soon. Most traders will be grateful that we now have a better look at the design. We would expect a variety of views about the development and certainly welcome yours.