Customers Don't Always Do What They Say At QVM 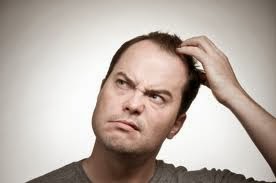 "I'll have a look around and then come back and buy that." How many times have you heard customers say that and not return. Or, "Give me your card and I'll buy on line" but no internet order turns up. These are examples of regular day to day sales experiences and they highlight the importance of giving your customers your complete attention while they are in your shop, but that's not what this article is about. There are higher levels of potentially misleading customer intent and at least one example occurred recently at QVM.

In the broader retail world there are plenty of examples where customers have said one thing but reacted differently. There is the famous instance of the world's largest retailer, Walmart, responding to customer research that said customers wanted tidier Walmart stores. So Walmart tidied up their stores. They removed the clutter, widened the aisles, and made things generally more orderly and easier to navigate. Their stores looked very tidy but sales dropped, and within 6 months Walmart had reverted to their old format. Customers said they wanted tidy but in fact what really attracted them were the piles of merchandise, and the no-fuss presentation that made shopping a bit of an adventure rather than a sterile showcase.

There has been an example of misleading customer intent right here at QVM and it relates to the presence of hand crafted goods in our market. Social media is full of suggestions that there should be more handmade craft at QVM. You know, the sort of artisan goods that you buy at neighbourhood markets, or at Southbank, or St.Kilda foreshore markets. Traveller’s forum, Trip Advisor, has many comments about the lack of craft at QVM, and the first round of community engagement for renewal attracted similar comments. Back in March, Melbourne's press attacked cheap souvenirs at QVM with at least one TV interviewee saying there should be more quality craft goods.

The special Sunday markets at the top of A shed (now C shed) have included some of the best craft available in Melbourne and appear to have been quite successful. But the big test came at Christmas when a special craft market was established in L shed for the three Thursdays leading up to Christmas. The first Thursday attracted a full set of craft traders but by the final Thursday, that had dwindled to 1/3rd of the original number with the absentees obviously very disappointed with their sales.  The customers who said they wanted more craft had not followed through. Now there could be many reason why that experiment didn't work, but the result certainly didn't meet with organiser's expectations.

This is not a criticism of the event. As we have published on many occasions on Victraders, the road to innovative retail ideas will be littered with those that haven't worked. A 3 out of 10 ratio may be a good expectation. Craft markets are probably worth persevering with perhaps with different formats and more intense marketing. We are breaking new ground with many of the retail initiatives being tried at QVM and we need to keep trying. The answer(s) to global retailing difficulties is out there somewhere.