Who Needs To Lead Retail Recovery at QVM? 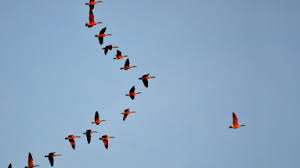 There is a simple psychology that explains the constant claim and counter claim between Trader and Management at QVM. And the trader disappointment when both CEO, Malcolm McCullough, and Director of Customer Engagement, Mark Scott, departed the scene has pin-pointed the problem.

Traders need to see leadership in tackling retailing issues at our market. Ideally it should come from them but 700 independent business owners have never been able to achieve that unity. The recent attempts to get union and political involvement in the renewal debate has left most traders uncomfortable and even embarrassed by the process and the antics of those involved.

There is no shortage of desire under the sheds to achieve retail success. There are many hurdles and some traders with little jumping ability but there are many who are prepared to protect and advance their livelihoods. They just can’t do it on their own. In fact it could be financial suicide to invest resources in a program that requires group decision making, and cohesion. So traders need a leader and that is exactly why Malcolm McCullough’s appointment was so important.

Bill Gates once said “The barrier to change is not too little caring; it is too much complexity.” and there is certainly complexity in this debate. There are traders who would completely reject management leadership. They have usually done very well on their own at QVM. They have successfully worked the system in protected categories that even in the current downturn are doing fine. They excel in tough times and see retail adversity as simply a way of getting rid of their competitors. We need to ignore them right now if the majority of traders, and indeed our market, is to survive.

You could argue that retailing has always been a tough gig and we have managed to work our way through it. But is this retail recession a normal cyclic event? Aren’t we experiencing a once in a century “perfect storm” in retailing similar to what happened back in the 1920’s when Sears Roebuck and Macys completely transformed catalog sales to department store retailing.   QVM needs a majority approach if it is to succeed.

So what is the role of the QVM Board? They are managing a retail property, and yes, their role includes providing some services that help retailers to perform as retailers. But in the middle of a retail recession we need intense, unqualified focus on some major issues. We need excellence and leadership. Where is that to come from? - a group of capable but disorganized traders? - or a management that is capable, but not focused on the science of retailing?

Somebody has to fill that gap and a CEO with core retail expertise is the best way.