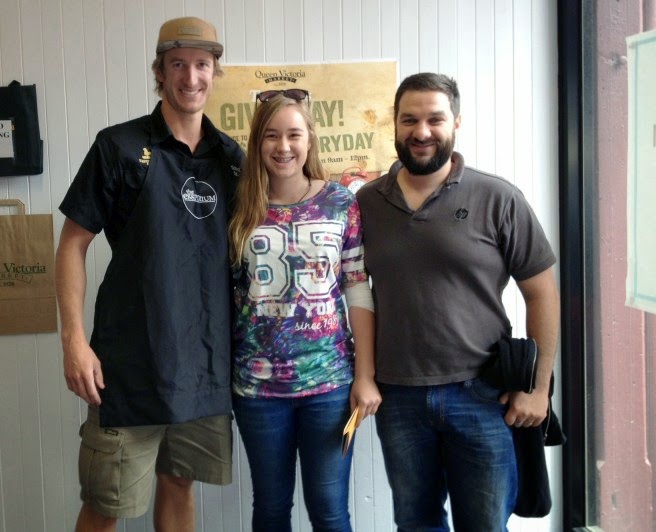 Friday's Cash Giveaway winner was Shani from Bentleigh. Shani is shown in our photo with Mark from Eggporium who drew out her lucky number and earned her $500. Shani shops weekly at QVM and after a string of tourist winners it was nice for a local shopper to share in the riches.

Saturday's draw failed to get a winner so $500 went to the Royal Children's Hospital. The large crowd attending the draw in Therry St. could be forgiven for being disappointed at not winning but in fact applauded loudly when it was announced that the hospital would be the beneficiary. This promotion has generated a lot of good feeling in many different ways.