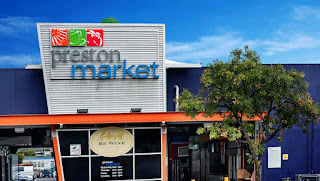 Preston Market is the last major Melbourne  Market to trade on Sundays but approximately half the traders are resisting management moves to introduce the extra day.

Preston trades Wednesday through to Saturday including late night trading on Friday. Management believes that the market needs to meet consumer demand for Sunday shopping and address the competition provided by supermarkets.

Approximately half the traders have signed a petition against the plan with at least one trader complaining the move would ruin his family life. Management have offered a 12 month “rent holiday” to encourage traders to accept the new arrangement.

A survey conducted by Leader Newspapers back in March claimed “overwhelming” shopper support for extended trading. Sunday grocery shopping is significantly more popular than Monday and Tuesday shopping with under 25’s choosing Sunday as their main day according to a Roy Morgan survey in 2016.