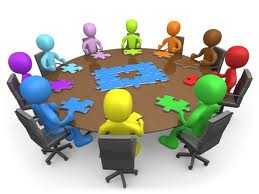 Thursdays QVM Advisory Committee meeting covered a number of issues and we will attempt to list the key points before official minutes become available.

Renewal Program Update: Project director, Joanne Wandel gave a brief rundown indicating that the first stage of implementation is still expected by mid year. Final best offers on the Munro site construction project have been received. Amendment C245 objections will be heard by an independant panel.

Marketing Update: A number of marketing initiatives were mentioned and we will wait for the official minutes before listing but special reference was made to Chinese tourism on the back of CoM marketing plans.
Trader Representative Ivano Guseli presented the results of discussions with traders to determine the impact of Chinese tourism and indicated that there were strong responses in categories like opals, declining responses in Ugh Boots, and virtually no response in categories like photography. Chinese tourism is often painted as a key ingredient for Melbourne retailers but there are question marks over its relevance at QVM. We do know that organised tours for Chinese tourists often bypass QVM.
The CoM Winter Marketing campaign is about to get underway including a focus on food and markets.
The Australian Tourism Exchange event will take place mid May on the Gold Coast and QVM will be represented as they attempt to establish links with ITO’s (Inbound Tourism Operators).

Operation Update:
Stall Spreading – Management and traders are keen to formalise a policy. Feedback from traders has been received and the results of a survey have been published. The next step will be to discuss options and organise a meeting of interested traders to formulate policy recommendations. All participants were congratulated on the speed and professionalism of this process so far.
Christmas Holidays 2016 – Christmas Day falls on Sunday this year with Boxing Day on a Monday and Tuesday becoming a public holiday in lieu. Some doubts were expressed about the ability of food traders to obtain supplies for Tuesday trading. General Merchandise representatives expressed a view that the Tuesday would be designated a normal trading day for the top end at this busy time of year.
Critical Response Meeting – as a follow up to the discussion on emergency procedures we have been advised that a critical response team will evaluate the QVM precinct.
Plants In Boxes – the neglect of plants in planter boxes will be addressed by including the care of plants in this year’s cleaning contract. Temporary arrangements will be made until that contract is finalised.

Extreme Heat Policy: Marina Levitsky assured representatives that a draft letter detailing the new policy would be emailed that day.

Trader Assessment Criteria: Management have trial tested a possible new format for trader assessment. A meeting of the sub-committee including Trader Representatives will be held shortly to further test the format and agree on a draft proposal.

Trader Election Update: Discussions on a new electorate break-up for the election of Trader Representatives detailing 13 electorates each with 2 representatives (only one to attend meetings). The possibility of an imminent Federal Election has meant that the Victorian Electoral Commission is unable to conduct a trader election before the end of August.