String Bean Alley - I Can't Talk About This 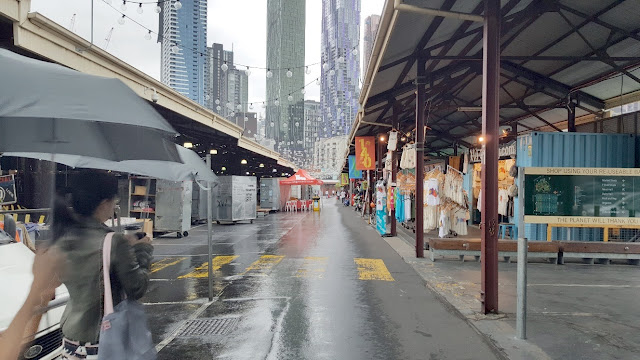 There has been debate about whether we should have additional containers in String Bean Alley but as a new tenant in that aisle I really can’t talk about it - that could be construed as a conflict of interest.

String Bean Alley was set up a few years ago as a distinctive new offering. The idea was to introduce new traders and new trader flexibility as consumers started to show they were demanding more of their retailers. Containers allowed traders to install more professional displays than was possible in set-up/pack-down open stands. They also allowed greater flexibility in trading hours with their simple roller door operation. 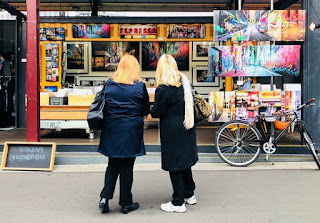 SBA was never allowed to achieve its potential as resistance to change and lack of funding played their part. The aisle simply doesn’t achieve the critical mass of stalls (containers) and customers necessary for viable trading. Creating an attraction in String Bean Alley has the potential to add to the appeal of the whole market.

An application will now be made to Heritage Victoria to install 12 more containers and complete the picture for String Bean Alley.

As an existing tenant I probably can’t argue a case here, but hopefully I can rely on other traders to speak up about the unhelpful attempts to derail any real progress in our market. While the rest of the retail world charges ahead with change and Innovation we are victims of a “change nothing” mentality which many think will lead to our eventual demise as a retail force.

If the negative mindset is allowed to prevail here we will have missed yet another chance to show the public that we can be responsive and relevant. We need nothing more than our declining sales figures over the last few years to know it is time for action and this is one sensible retail action that doesn’t interfere with our heritage buildings. As part of the big picture, a completed String Bean Alley can make a useful contribution to QVM. It is a “no-brainer”, but of course I can’t say that.

PS - Although I am very new to String Bean Alley it seems clear that the aisle relies very much on Night Market participation for its economic viability. Crowds during the Day Market are well down on those found under the sheds although a properly populated aisle should change that. Hopefully more traders will get to enjoy the benefit of this form of trading and our customers will get to enjoy a different aisle experience as just one part of their visit to a great market.