A Trader's Experience – Life Can Be Cruel. 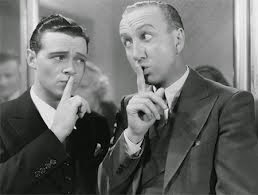 You will gather from our photo that this article is on the light side, and we don't guarantee the accuracy of the detail, but at least a couple of traders swear this story is correct.

A trader's stall packer was working away diligently at a stall on Sunday after trading had ceased when somebody stole their bike and belongings. The victim considered calling security but quickly realised they were unlikely to arrive in time so, he and another stall packer, set off after the thief.

The perpetrator had an advantage, being on a bike, and led our two pursuers on a merry chase through nearby streets. They eventually caught the thief and regained the bike plus a bag that reportedly contained a number of stolen mobile phones.

Tired, but elated they returned to the stall to find that security staff had arrived. But the security staff were not there for the theft. They were in the process of booking the stall holder for a late pack-up. Sometimes life can very cruel.

Thanks to Tony for this story.