From The Editors Desk 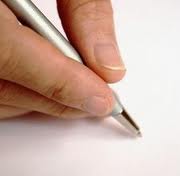 These are random items from the editor’s desk.

Drink Prices - According to the Australian Business Review, Sydney is listed as the most expensive place in the world to buy a 2 litre bottle of Coca-Cola - $4.40. That makes the $3.00 I pay for a 600ml bottle of water look really stupid. Then again the price of Australian beer is listed as good value by world standards, so am I just drinking the wrong product? Perhaps it is time more of QVM’s cafes got liquor licences.

ANZAC Marketing - with Woolworths removing their "Fresh In Our Memories" campaign and Target withdrawing three Gallipoli counter lines (despite being sanctioned by official ANZAC body) the pressure on "tacky" ANZAC related items is ramping up. Victoria Bitter are holding fast on their legitimate connection with the concept.

Trader’s Comment – 19/04/2015 15:03:35 QVM Car Park  "What is going on with the car park lately with all the trucks parked in there ? In the past couple of weekends alone I have counted at least 14 trucks at a time taking not only 1 car space but most of them 2 parks and in  a couple of cases 4!!!! At a time when we need every customer we can get !.These parking spaces should be for customers that want to shop at our market not as a dam Truck Depot !!!!"
Andrew Cyples – Andrew has been in Sydney this week pitching the market’s new tour program with travel agents, wholesalers and tour operators.

Unfair Contract Provisions For Small Business – The Federal Government is proceeding with provisions that will enable courts to declare a term within a contract void if it is unfair. “For example, a term that allows a big business to unilaterally change the price or key terms during the course of the contract could be considered unfair,” Small Business Minister, Bruce Billson said in a statement.

Harper Review Slams Restrictive Shopping Hours – The review of Australia’s competition laws led by Ian Harper has criticised the restrictive trading policies determined by government regulations in some states that prevent retailers from opening when they want to.