Lost And Found At QVM – An Important Service. 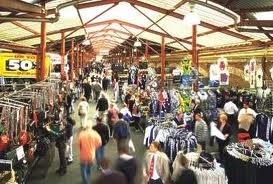 Given the number of visitors to our city site it should not be surprising that many items get lost during a normal week and it becomes the responsibility of our customer service officers in Deli Lane to reconnect lost items and their owners.

And the significance of this service should not be underestimated when lost items include wallets, purses, keys, mobile phones, and even passports. Some customers are so grateful that they send small gifts to office staff in appreciation.

Of course some lost items are not quite as significant. On the day we talked to Sam and Montserrat, a large carry bag of meat was in storage and not far away from being thrown out as it had almost reached its use-by date. Sometimes it might be a bag of fish or a whole chicken that has been left behind and many school children’s lunches have been handed in. In the last case the food is thrown away and the containers kept just in case some anxious parent calls up.

All items are recorded in a big book and then given out to charity after an agreed time has lapsed. Receipts from organisations like the Fred Hollows Foundation or the Cancer Council are included in the book. But before all that happens there is often much sleuth work done to locate owners with some significant success stories over the years. Sam remembers the time a cruise ship passenger called on the ship’s phone after leaving Melbourne about a lost purse. He organised registered mail to Brisbane where the passenger was happily re-united with their purse and contents.

The bottom line is that lost items and customers suffering loss can be confidently directed down to the office for a good chance of recovery.