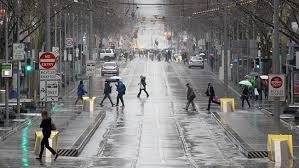 A proposal by Melbourne City Councillor, Richard Foster, to ban vehicles from the CBD has been criticised by Lord Mayor, Robert Doyle.

Councillor Foster is proposing one car-free day as a trial to encourage people to use public transport. He said –“This is just about getting people used to the idea....and over time, obviously well into the future, we may well see a time when we don’t have cars in the city at
all.”

Both Lord Mayor Doyle, and State Premier Andrews have said that the idea is not realistic. “Only people who live very close to the city and perhaps don’t drive a car could come up with an idea like that”, Mr Andrews said.