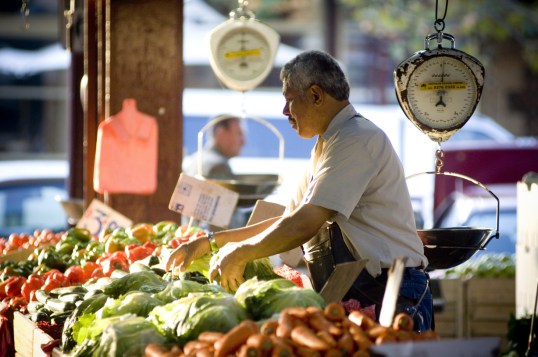 Submissions on QVM’s National Heritage status close this Friday and two categories for comment have been proposed for our market but we think there could be a third.

But, the criteria we would like to include is this one -
(h) the place has outstanding heritage value to the nation because of the place's special association with the life or works of a person, or group of persons, of importance in Australia's natural or cultural history.

On July 3rd the Melbourne Age ran a story about the death of Morrie Fishman, the patriarch of the Miss Louise shoe empire.  In the shoe business since 1964, Mr Fishman was a fixture on the Melbourne fashion circuit and brought international labels to the city's most fashionable feet long before the internet age.

Like many successful Australian business people, Mr Fishman began his fashion career in the mid-1950s with a stall at Queen Victoria Market, where he sold menswear. Fishman was a Polish immigrant just one of the many groups that have taken advantage of the grass-roots business opportunities at a famous market.

European refugees from World War II were followed by those freed by the breakdown of communism, the boat people from South East Asia, and more recently refugees from the Middle East, Central Asia and the Balkans. And of course the Italian and Greek migration to our shores had a huge influence particularly on the QVM cuisine.

It is no coincidence that people like Morrie Fishman got their start at QVM. Refugees from all parts of the world have found an opportunity to establish their cultural and business roots through The Queen Victoria Market. Its low cost entry, and open integration philosophy have provided many opportunities that otherwise would not have been available to new Australians. Business was the common link that defied language and cultural backgrounds and gave identity and relevance to anyone prepared to work hard. 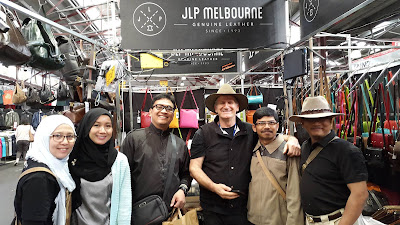 David Waters, founder of  Watersun Swimwear, used to cut fabric for his Mother’s Queen Victoria market Stall. Spotlights founders learned about fabrics by working at their family stall at Melbourne’s Queen Victoria Market in the early 1970’s. There are more.

It is this group of Australians, the budding entrepreneurs, that have contributed so much to Australian society. The role of QVM in facilitating their establishment and growth, deserves recognition in any assessment of heritage values at our great market.