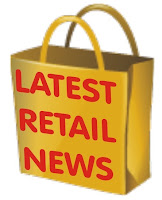 
2.       TV still the most influential advertising although online catching up.


3.       The Australian Retailers Association, PayPal and eBay have signed a partnership to reflect retail landscape's shift towards digital retailing.


4.       NAB reports that vast majority of online spending is with local sites.


6.       Australians about half as likely to use apps or smartphones for online purchasing as their UK counterparts.


7.       American Apparel launches Myer in-store presence in Melbourne and Sydney as it fights back from trading difficulties.


13.   RBA urges banks to introduce real time funds transfers across their networks.
Posted by Editor at 10:04