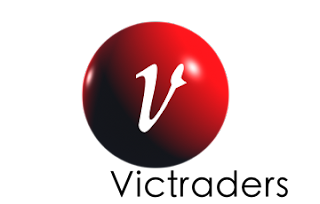 These are items that require a little bit more detail than given in our “Latest News” posts.


Myer and David Jones Get Serious About Online.


Both Myer & David Jones are spending much time and money to get their online offerings competitive but experts are saying three things need their attention.


1.Firstly, they need to add “experience” information to their product offering. A good example of this is QVM’s recipe and cooking information that goes with their food promotion.


2.Secondly they have plenty of ground to catch up with overseas online retailers getting a head start.


3. They still have to get shipping right. Free shipping and free returns for unwanted items is still a big plus for many online retailers.

Australia has slipped to 15th in a list of best countries to do business in and the high dollar is the main reason; although a skills shortage and a large number of industries going through negative structural changes are also relevant.


Industries like tourism and trade are particularly vulnerable to dollar changes. In addition, the two speed economy is impacting on consumer confidence and in turn the overall business climate.

Target’s new Managing Director has announced plans to strip out middlemen, create direct sourcing with factories, and establish central distribution points throughout Asia. Commentators applaud the new direction while pointing out that retailers like Zara have been doing the same thing for years.

A sombre Executive Director of the Australian Retailers Association has announced that retail growth is likely to slow to zero following the slight fall in April sales, seasonally adjusted. The largest contributor to the fall was household goods and the state with the largest fall was Victoria.

David Jones Chief Executive Paul Zahra says consumers remain gloomy despite the steadying of the Eurozone debt problem. He says that consumers are not reacting to the international shocks in the same way as in the past. Their reluctance to spend has become the new norm and is unlikely to change.
Posted by Editor at 14:03