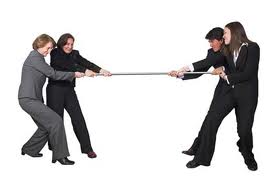 The Age reported on Thursday that major Australian retail centre owners, Westfield, Stockland and GPT have been forced to reduce rents for new tenants and are under ongoing pressure from current leaseholders to reduce the rent burden.

Myer has said it will cut as many as 25%  of its stores if rents are not reduced during new lease negotiations. Melbourne and Sydney shop rents are amongst the highest in the world as international brands flock to Australia and our economy seems to suggest we have avoided the worst of the international recession.


However, pressure continues to mount on landlords with reports that Stockland, Australia’s biggest diversified property trust cut rents by an average of 10% as they replaced tenants who had gone into administration with new retailers. CBRE report that rents in Sydney’s medium size malls fell for the first time since 1999.


The trend towards reduced consumer spending is expected to continue as Australians continue to save at more than double the rate of their US counterparts.