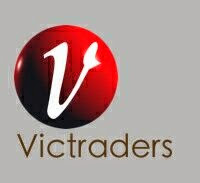 Let's get one thing straight - council ignored traders advice at tonight's committee meeting and voted through the recommendation to endorse 5 key elements of the Capire report including the possibility of an underground car park. But they did it in such a nice way that traders left with some reassurance that they were being seriously listened to.
As Councillor Mayne put it, this endorsement is essentially a vehicle to get State Government approval to hand over the Franklin St. triangle to the City of Melbourne. The sale of that land will kick start our renewal.
With an estimated 50-60 traders in the meeting chamber we certainly dominated numbers and we behaved ourselves very well. Leah's young Austin behaved impeccably during a 3.5 marathon meeting although it did take John Magno to argue with The Lord Mayor (John later apologised) to remind Councillors they were dealing with passionate traders.
A number of traders, ex-traders, and one customer gave verbal presentations to the meeting with a common theme of disagreement with the underground car park proposal and distrust of the engagement process. Our CEO, Jan Cochrane-Harry also spoke about her role.
Councillors seemed united in the view that the decline of business at QVM had to be addressed and that doing nothing was not an acceptable option. Councillors highlighted the apparent anomaly of traders complaining about declining trade while refusing measures designed to correct the situation. Trader presenters on the other  hand emphasised the importance of meaningful collaboration to make sure we got things right.
Possibly the single most important result of the meeting was the fact that we have opened the door for direct discussion with city Councillors and they were generally supportive of our situation.

COMMENTS:
13/08/2014 12:03:38 Council Embraces Trader Concerns "Having not attended this meeting, is it safe to say form this article, that despite the questions of the traders at the meeting, the council approved, the proposals set out in the Capire Reports?
To date l have read through a lot of both reports, and they both seem to follow the initial outline of the Lord Mayor and State Govt announcement before any of these consultations took place.
The comments that traders are asking for things to be done to improve business, but not willing to make change is also unfair. Many traders accept that changes need to be made to improve business, but an underground carpark, and turning us into the Fed Square of the North is not the answer.
There are so many things that could be done, to improve the market, without these being the only option. It feels as though they have their blinkers on, and this is the only option, and nothing else could possibly work to improve our business.
My question is, what happens if this fails, and our business still does not improve?
Maybe l should look at selling up and moving on before its to late....." Lance Dyer

14/08/2014 1740hrs Council Embraces Trader Concerns - "Lance, I think it is unfair to suggest that an underground car park and public square are the only issues being pushed for the market. We certainly have things like weather proofing, retail performance measurement, and a cohesive vision for the market, currently on the table and under discussion.
On the question of change, it is true that many traders are prepared to accept change. You have actively pushed for a review of our trading hours for instance. But some traders are in denial. They say don't change anything, just give us more customers. As I submitted to Council on Tuesday night, more customers will come from making our market an irresistible magnet to locals and visitors. Sadly, we are not irresistible enough as the decline in our sales shows. We need to examine the environment we invite customers to visit and the offer we traders make when they get here.
Change will be needed and traders like you will need to lead the charge." - Greg Smith