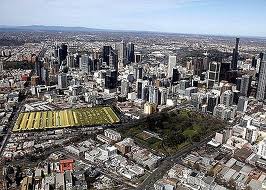 A new zoning application has been made by CoM for the Northern part of the city including QVM and the Munro site which was purchased earlier this year. QVMAC Trader Representatives asked for an explanation of the re-zoning and here is the response from City of Melbourne.

1)      What are the primary reasons for rezoning the Market land?
The Queen Victoria Market (QVM) is currently located in the Capital City Zone (CCZ)  and proposed Amendment C245 to the Melbourne Planning Scheme (MPS) proposes to rezone the QVM to the following zones;
·         for the area comprised of the Upper Market, Lower Market, Queen Corner Building and Queen Street: to Public Use Zone (PUZ);
·         for the area of the current car park proposed for the public open space: to Public Park and Recreation Zone (PPRZ)
The State Government Practice Note No 2. (PN2) highlights that the purpose of the PUZ is to identify areas of public land that are of particular significance, and which warrant protection by reason of that significance.  The PUZ is not to be applied merely because the land in question is owned by a public body.
The purpose of the current zoning of QVM, CCZ Schedule 1 (CCZ1) is to ‘provide for a range of financial, legal, administrative, cultural, recreational, tourist, entertainment and other uses that complement the capital city function of the locality.’
While, generally, CCZ1 is an acceptable zone for the market area such as QVM, Council is of the view, QVM is an asset of particular significance to Melbourne, for which a greater level of protection is warranted.
As with the application of the PUZ, generally the justification for imposing the PPRZ relates to the need for protection of the relevant land as result of its special nature.  It is usual for parks and recreational areas in municipal areas to be zoned PPRZ.

2) What are the procedures and times to bring this amendment into effect?”
Council will follow procedures set out in the Planning and Environment Act 1987.  Information about amendments to planning schemes and the amendment process can be found at the State Government website via the following link;
http://www.dtpli.vic.gov.au/planning/planning-schemes/changing-the-planning-scheme/steps-in-the-amendment-process

Before an amendment can be prepared it must be authorised by the Minister for Planning’. Council’s Future Melbourne Committee at its meeting of 12 May 2015 adopted the following recommendation from management;
‘That the Future Melbourne Committee seek authorisation from the Minister for planning under the Planning and Environment Act 1987, to prepare and exhibit Melbourne Planning Scheme Amendment C245 Queen Victoria Market Renewal.’

·         An amendment to the scheme involves consultation with all the parties who may have an interest in the amendment, or may be affected by it. Usually, an amendment is placed on public exhibition for at least one month. The timeframe following public exhibition is dependent on a number of factors.
·         If there are submissions which cannot be resolved by the planning authority, the Minister for Planning will appoint an independent panel to consider submissions if the proposed amendment is to proceed. When it receives the report from the panel, the planning authority must either adopt the amendment, abandon the amendment or adopt the amendment with changes.
·         An amendment becomes part of the planning scheme when it is approved by the Minister and notice is given in the Victoria Government Gazette. In instances where both a permit and an amendment are required, the Act makes provision for a combined permit and amendment process.