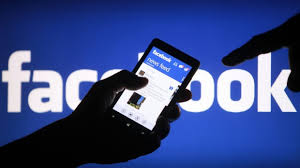 Digital advertising is a pretty new field for many traders but fortunately there are ways of experimenting at little cost, as this example shows.

This trader has an established Facebook page for his business although it is fairly low key with only 100 or so friends. When he posts a photo of a new product he generally gets between 30 and 90 people looking at it. (Facebook tells you how many people are looking at your posts.)

When he decided to advertise (Father’s Day was around the corner) the process was quite simple. He posted a product photo and a short description linking the product to Fathers Day. Once the post appeared he simply clicked on a “Boost Post” button, selected the geographic area he wanted to advertise in (in this case, Victoria), the age group of his intended audience, and the interest groups he wanted to target. He initially selected a three day campaign and later increased it to five. All options are very flexible. The option he chose guaranteed exposure to at least 1350 people.

The sales results? Well, he just doesn't know, but he believes that by experimenting and perhaps introducing some feedback markers, he can get a better idea of actual results. Our new Marketing Manager, Marianne Mewett, has suggested that next time he targets female customers (the majority of his customers) for a more focused and cost efficient campaign.

The cost? A total of $11. Yes, the price of 3 coffees. It is definitely worth experimenting with some modern digital advertising. Elsewhere on Victraders we have an article about getting free google exposure and you might like to contact QVM marketing staff for further assistance on any aspect of digital advertising.