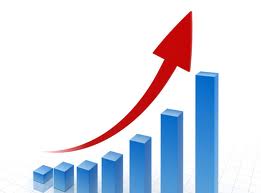 Australia's retail sales were up 0.7% in June which is not a large rise, but commentators are enthused by the majority of the increase coming from more sales, not just price rises.

Hardware, building and garden supplies were up by 2.8%, electrical goods by 2.4%, and homewares and furniture by 1.2%. On the other hand clothing and footwear showed a decline and department stores were just into negative territory.

Specialised food retailing, takeaway food, and cafes and restaurants all showed a rise, while supermarkets recorded a fall in turnover.