The Ebb And Flow of Retail Leases 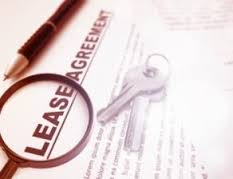 There are at least two traders at QVM who are keen to sign up to multi year leases, maybe 5*5*5, and want to know why QVM won’t accomodate them. While outside the market there are retailers desperately looking for short term leases and apparently landlords happy to accommodate them.

A recent article in the Age identified the reason for lower vacancy rates on Melbourne’s High Street, Armadale, shopping strip because landlords were prepared to accommodate flexible leasing arrangements including leasing terms as short as two years. Retailers there said they were grateful for the opportunity to avoid punitive long term leases in an uncertain retail market.

Another newspaper article has identified retail vacancy rates in shopping centres as the highest since the GFC and report that centre owners are happy to look at lower rents and more flexible terms.

QVM’s situation is quite different. QVM would probably be quite happy to sign up to longer leases if it wasn't for a little thing called a renewal. Renewal means construction and change with all the uncertainty that goes along with that. It is difficult to guarantee location when construction or change may gobble up a stall or shop. It seems strange that leases can't be signed without defining particular locations although maybe it is location that these traders are trying to protect.

In the meantime QVM have stated that they will restart lease and license discussions which is a good thing even though renewal is likely to put a cap on long term arrangements.