Will War On Wages Save Retailers? 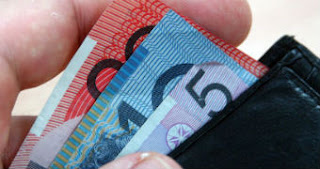 Struggling retailers will rightly see the benefits that higher wages might bring to their bottom lines but is this the panacea we have been looking for?

Today's press is full of articles about Australia's low wages growth over the last decade or so. Dramatic graphs showing significant downturn in wages growth have been accompanied with calls for greater union strength to correct the slide and a change to the “control wage costs” mentality of the past. 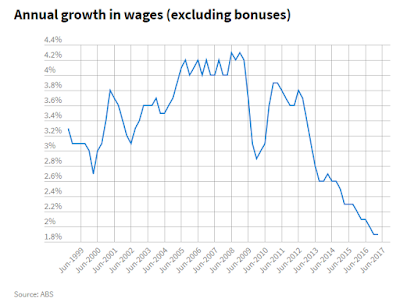 The graphs can be a little misleading. There has been wage growth over the last decade it is just that instead of running at around 4% per annum it has halved. Claims that wages are not keeping pace with inflation (as low as that has been) are correct. Wage growth is currently sitting at around 1.9% while inflation fluctuates at around 2%.
Of course the big impact on disposable incomes has been huge rises in the cost of housing along with things like energy and communication costs. Then we have the drive for Australians to save more. It is no wonder that discretionary spending has suffered over recent times.

It is said that things like wages growth ebb and flow under successive governments and economic philosophies. And it would seem that the time has come for a “flow” in wage growth.

The Federal Government has admitted that the wage slowdown is a problem. With union membership only half what it was a decade ago maybe we will need to find a better mechanism for increasing wages and maybe that will require bi-partisan support. You can hear the background whispers – “Good luck with that”. Although the recent reluctance to apply cuts in weekend penalty rates has identified many employers who can see the need for wage protection. Even the current federal government's budget requires significant wages growth to achieve its targets.

Any measure that puts more into the pockets of Australian spenders will be welcomed by market traders.