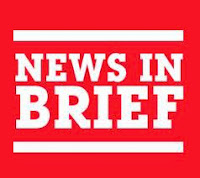 Australian Consumers Spending – Enhanced Media Metrics Australia surveys 54,000 Australians and reports that grocery items are our most popular purchase, with an average of $141 spent in supermarkets per week. Over the past four weeks, Australians spent an average of $104 on clothing, $101 on furniture/homewares, $96 on electrical goods, $83 on hardware/gardening, and $77 on IT products.

Starbucks Succeed In The land of Tea – When coffee retailer, Starbucks, first entered China in 1999 the naysayers said they could not penetrate centuries of heritage and tradition in tea drinking. Starbucks now have over 800 stores in China and credit their success to an intimate understanding of the Chinese culture and a willingness to innovate.

IGA is Australia’s Largest Franchisor with 1393 stores followed by Subway with 1377 stores. McDonalds is 3rd with around 600 stores but has risen from 6th place in 2012.

The Hottest New Job in Retail is “Data Scientist”. Described as “professionals in big data collection and analysis” the huge influx of information from the internet, including online retailing and social media interaction, has created a need for specialist analysts. Walmart is reported to be seeking 40 or 50 data science PHD’s at the moment.