An Old Fashioned Power Struggle Is Killing Our Market 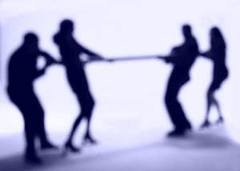 Outsiders are rightly confused by our market at the moment. On one hand the CoM wants to spend millions upgrading the market while some of those most likely to benefit from improvements, its traders, are saying don’t change anything.

A number of traders made submissions at the Future Melbourne Committee (a key arm in the City of Melbourne administration) on Tuesday 3rd April in relation to a planning permit for the proposed New Market Pavilion in Queen St. Bruce Pham, Greg Smith, Marshall Waters, Rocco Tripodi and Peter Langtry submitted in favour of the permit while Jenny Pyke and Tim Moore submitted against.

Of course it is not just a group of Traders who are putting up the objections. Outside groups including Friends of the Market, and various “celebrities” are adding their voices to a popular cause. But is it really popular are we just strangling the argument? Like many politically motivated activities, including elections, the split usually ends up roughly 50% for and 50% against, which is fine if you don’t really want to achieve much. The real need somehow gets lost in all the different opinions, some informed, some ill-informed.

So what about the bulk of traders? A trader survey done by market staff some time ago came up with a “Yes” to Renewal. There will be constant argument about what type of renewal, and how far we go, but the bottom line is that the majority of traders realise we need change.

It is a constant source of frustration to this writer that there are traders who celebrate every rebuff to QVM and CoM plans (think underground and New Market pavilion) but then admit they are looking in to an abyss of no action and the continuing decline of our market. Usually, the only solution they have is to throw more money at advertising.  Incidentally, a unique market pavilion that showcases the best of what we have to offer may be the best advertising we have ever had, and that is not just this writer’s view.

While traders can’t make up their mind who or what to support, there are two things clearly happening at QVM.

Firstly, traders are leaving in increasing numbers. Three left last week and thankfully none so far this week although one trader is closing his String Bean Alley business and another has asked if Victraders will advertise their business for sale. A disturbing number of traders are now saying “I was only waiting around for renewal. If that is going to be delayed again, then maybe it is time to move on.”

Secondly, QVM are clearly preparing for tough times. They are clearing the decks in middle management, changing roles in upper management, and making sure that the company that relies on rental income from a depleting number of traders, is best placed to survive.

One trader summarised the situation this week as follows - “On the one hand we have a group of traders, box hire operators, and others who want to run the market for their purposes, but use somebody else’s money. On the other hand we have a management who are sick of bashing their heads against a wall of dissent and are prepared to wait out the process. And then we have a State Government who will do anything to delay a decision until after the State election in November. I wonder who are going to be the victims in that little scenario?”

An old fashioned power struggle is killing our market. Maybe we need an old fashioned dictator leader to re-invigorate the whole process and get us a result. Could that be Sally Capp, Ben Rimmer, or Paul Guerra?