Academy Awards or Logies For Traders? 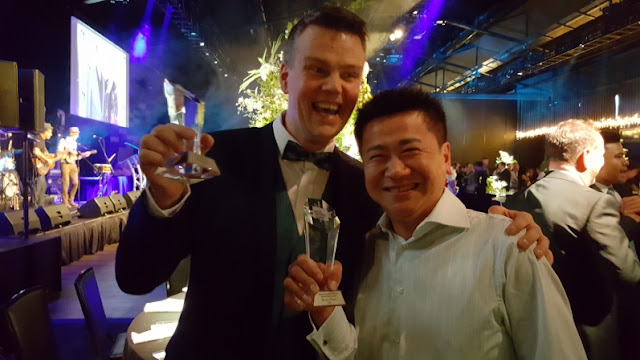 The much anticipated Trader’s Award Night is coming in November but with a twist in the concept which may raise some questions and an analogy with two different award concepts.

The 2016 inaugural Trader’s Award Night was a great success. The night itself was well done but it was the focus on traders that caught trader’s attention. Not only was the night all about traders but the judging was conducted by management and showed that they could really appreciate the contribution that individual traders were making to our market.

The reality of this business world is that we don’t always stop to recognise talent. Of course there was some disagreement about who received which award but you expect that in any similar operation – just look at the Academy Awards in the movie industry where experienced members of the Academy of Motion Picture Arts and Sciences vote on worthy recipients and often have their voting questioned.

The Trader Awards this year will be done differently than in the inaugural year. Instead of management assessment awards will be based around customer voting. Traders will be able to nominate their business and customers will be asked to vote for the most worthy in each category.

There is where the analogy with Academy Awards and the TV Logies comes in. The Academy Awards are made by experts in the field. The Australian TV Logie awards are voted on by viewers. You could say that the Logies are based on popularity rather than merit. The Logies are subject to unashamed promotion and lobbying by TV stations which adds to all the fun and allows the stations to point out the benefits of their offer.

Traders with a strong social following will have an advantage and maybe that is a good thing. Modern retailing is becoming more about how you relate to your customers across multi channels. Additionally, the involvement of customers will add promotional opportunities. But will it be about trader merit, and the contribution that traders make to the market community?

Whatever happens this is going to be a great night but while the management team are fine tuning the details, you might like to express your views. Just click on Have Your Say below and let us know what you think.

COMMENTS:
This comment was received before the publishing of the article but is included for subject relevance.

14/07/2018 20:29:43      QVM Trader Awards         "The QVM Trader Awards are a good idea in recognition of hard working traders operating a quality business.
One of the main eligibility criteria states that the business hold a current lease/licence agreement with QVM.
However being an S/L trader that is currently out of contract and have been trying to seek a renewal for some 9 months to date I am wondering how many others are in the same predicament and be ineligible to nominate or to receive any recognition for their continued hard work. Good time to be a PE trader."
Good point. Thanks. We will seek a response - Ed