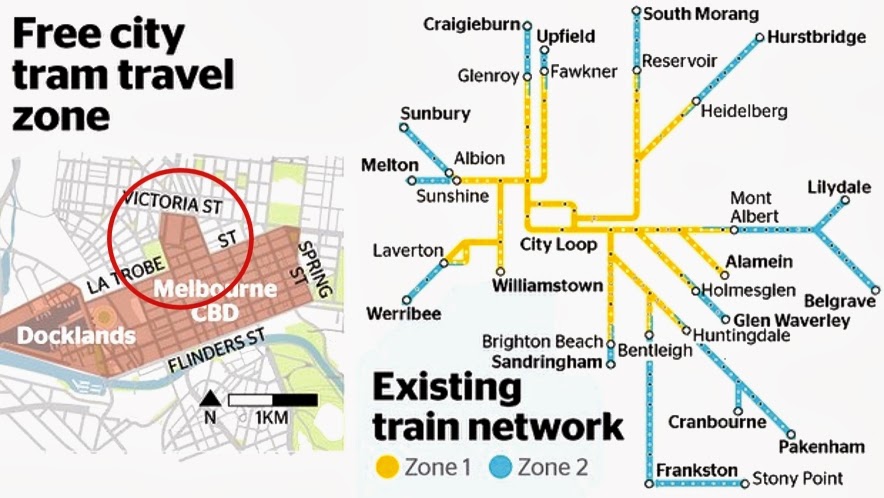 The Victorian State Government has announced that tram travel within the CBD, Docklands, and QVM precinct will be free from January 2015. The new provisions will be incorporated in the upcoming state budget and are expected to be endorsed by both political parties.

Minister for Roads and Public Transport Terry Mulder said the free tram reforms build on the success of the City Circle tram which has become a popular tourist attraction. “Visitors to Melbourne will be able to travel for free on trams within the CBD and Docklands without needing to touch on with their Myki card,” Mr Mulder said. “Many people travel from the country to the city for all sorts of reasons, including to watch the football, cricket or tennis – in fact the Friday night and Saturday night V/Line services to the city are affectionately known as ‘footy trains’. “Visitors to Melbourne can also take free trams to the city’s laneways and bars, theatres, museums, restaurants, Casino, Victoria Market, Melbourne Aquarium or Federation Square.”

It is particularly relevant for QVM traders that our market has been specifically included in the free zone acknowledging our key role as part of the CBD and our standing as one of the city’s premier tourist attractions.